Black cats are strikingly beautiful animals whose presence has had a powerful impact on human thinking over the ages.

They have been associated with both bad omens and good fortune. You may be aware of the black cat stigma that developed in the Middle Ages in Europe. Black cats were often associated with witchcraft and were assumed to carry out the evil deeds of witches. This resulted in widespread neglect of these innocent cats, which contributed to an overpopulation of rodents, aiding the spread of the Bubonic Plague. The fear and superstition surrounding black cats travelled to America with European migration and was sometimes used to justify their neglect.

Yet in other cultures, black cats were revered, such as by the Egyptians, who linked them closely to the gods, and the Japanese, who viewed black cats as bringing good luck, prosperity and even romantic love! In the UK, sailors historically regarded a cat onboard as a way of ensuring a safe return home, and a cat crossing your path or arriving on your doorstep was also seen as a sign of good luck. This history tells us a lot about people and nothing about cats!

So here are some interesting facts about black cats themselves:

Black cats are elegant and fascinating in so many ways but they are no different in essence from other cats, who all have the same need to be understood, respected and cared for. If you’re the lucky owner of a black cat, make sure to spread the love! And don’t forget that your veterinarian is the best person to advise you about any health concerns you may have about your cat.

Regardless of what colour your cat is, pet insurance is a great way to help protect your feline’s health and wellbeing should they need veterinary care now or in the future. If you’re thinking of taking out RSPCA Pet Insurance, a portion of first-year premiums goes to help support the important work of the RSPCA. 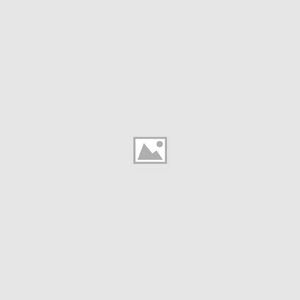 Dr Rosemary studied veterinary science at the University of Sydney after having established her career as a clinical psychologist, and has qualifications of BVSc (Hons), MANZCVS (Animal Welfare), MPsych (Clin), BA (Hons) as well as previously establishing her career as a clinical psychologist. Her experiences during veterinary training fostered an ambition to focus directly on animal welfare and ethics, with a particular interest in animal sentience and the human-animal bond. Currently working in small animal practice, Dr Rosemary combines her psychology background and veterinary skills to contribute to and promote animal welfare, and regularly contributes quality content to RSPCA Pet Insurance's Pet Care blog.

Why you should keep your cat indoors (with outdoor access)

Common reasons why cats have to visit the vet

A guide to cat dental care